Swiss startup TVP Solar has revealed that it plans to start building what it describes as one of the largest solar thermal fields in the world, in Groningen, the Netherlands.

“The plant will be made of 48,000 square meters of TVP Solar High Vacuum Flat Panels, producing 25 GWh of solar heat, achieving 25% of solar share on the total energy consumption of the city,” TVP Solar's vice president of business development, Guglielmo Cioni, told pv magazine. “For the first time, a solar thermal plant will produce and inject directly into the network heat at the required temperatures, from 69 C to 93 C, in the winter time, in sub-zero climate and with low solar irradiance.” 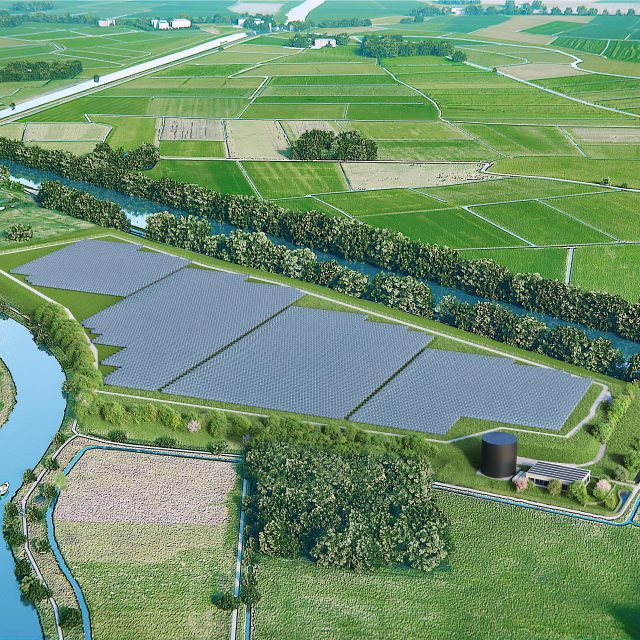 Dutch solar developer Solarfields is cooperating with TVP Solar in to build the Dorkwerd solar thermal district heating project, backed by local investor K3. Cioni said the project combines modern private infrastructure finance with innovative technology solutions in one of the largest private investments even made in solar thermal plants.

“The Dorkwerd project will provide solar heat all year round, also in winter and subzero conditions, to about 10,000 citizens of Groningen, covering as much as 25% of their heating needs, at a competitive price, for 30 years and with zero emissions,” he said. “Solarfields poured into the project all of the best practices for the development of a typical PV investment, but this time dedicated to a new investment asset class such as the large-scale solar thermal plant for district heating application.”

The plant will begin commercial operations in October 2023.

“It will offer project developers a new and viable option to build valuable portfolios, alternative and complementary to traditional renewable assets,” Cioni said.

TVP Solar will provide its own solar thermal panels, which can produce hot water or steam at temperatures ranging from 80 C to 180 C for industrial process heating, district heating, and air conditioning. The company said its MT-Power panel exhibit no degradation over time, with an average thermal efficiency of up to 64.5% and a peak thermal efficiency of 68.6%.

TVP Solar is currently operating a manufacturing facility in Avellino, Italy. The factory has a fully automated line with a capacity of 110,000 square meters per year.